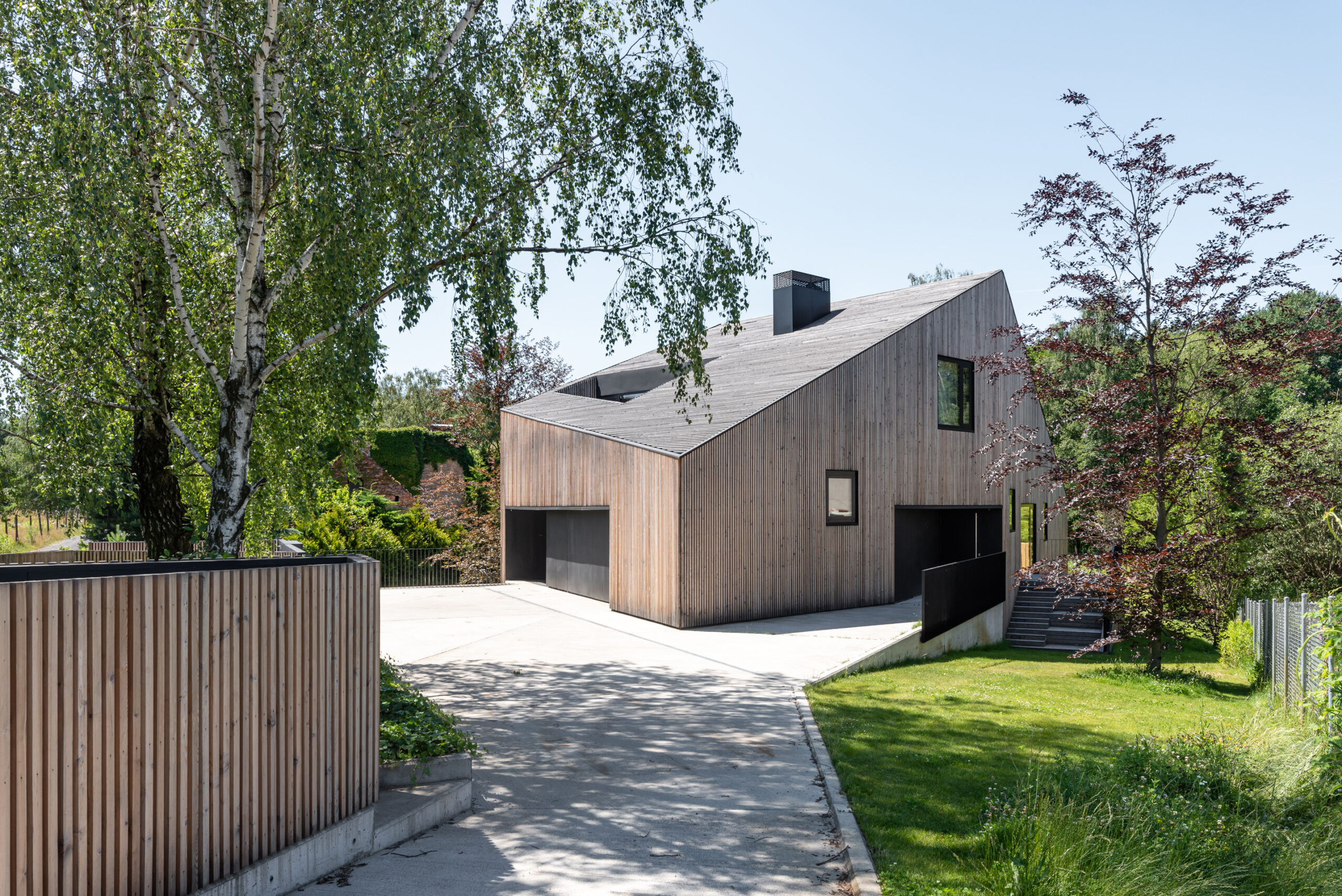 The house stood on a plot of land shaped like an elongated parallelogram. The development conditions specified the mandatory building line (that is, the line on which one of the walls of the building had to be placed), the angle of inclination of the roof, and the maximum height of the ridge.

For these reasons, a block with a very classical shape was designed, with a roof with two slopes, with the eastern elevation based on the building line indicated by the office. In order to make such a standing and functionally fulfilling object fit into the plot, in the place of the ridge the body of the house was broken/bent.

The house stands on a rather difficult geotechnical terrain, so the entire structure was designed from reinforced concrete, which gave it adequate rigidity, was economically justified, and allowed us to have more daring spatial solutions. Due to the fact that the plot descends along its entire length, the house has three floors. The entrance area, garage, children's rooms, and a small independent apartment are located on the middle floor. The living area, with a kitchen, and a conservatory on the lowest one. And the owners' sleeping area, with a study, on the highest.

The element that binds all the floors together is a spatially designed staircase. This staircase acts as a ventilation chimney in summer, forcing the natural movement of air, and in winter it draws the heat generated by the sun into the house, along with the adjacent conservatory. The facade and roofs of the house, as well as the fence are finished, with raw larch slats. In the interior, on the other hand, we left the structural structure concrete of the house unplastered. All furniture in the interior was designed from lacquered plywood, and the floors of the living and communication areas were made from terrazzo.